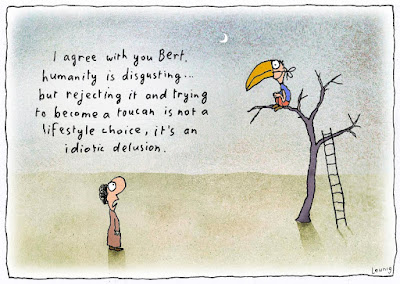 Religion is a term that can refer to many different things including belief, philosophies, culture and community. Here I am going to talk about ‘religion’ in terms of a personal belief that exists in all people (including both those who do and do not believe they encounter a spiritual realm) which gives us a framework to function. Religion as I will refer to it is the driving force behind the christian, muslim, jew, atheist, agnostic, etc. Religion is not the monopoly of those who call themselves ‘religious’ but the meaning that each of us find. It is the truth that points us to a capital ‘T’ Truth.

My basis in religion stems from growing up in a baptist church with my immediate family members involved in churches of various denominations. There are some critical points in my lived experience which caused me to deconstruct what I once knew to be infallible truth, and have in turn pointed me to what I understand to be Truth.

Hell for me was a place where people who hadn’t committed their lives to Jesus ended up. I was never really sure whether it was fire and brimstone, or simply a separation from God. But I was taught that it is the place my friends end up if I don’t convert them. When someone who mentored me in the social justice space hung himself, I tried to synthesise my belief with a new lived reality. My friend wrote on his note ‘if there is a God, I hope he forgives me.’

I only have my lived experience to back this up. I know that a God who deeply loves humanity and could even deeply love me would not be a God who would throw my friend into the depths of hell for eternity for not towing the party line. Like Rob Bell, I began asking ‘does God get what God wants?’, and believing in the God who wants relationship and restoration, I could only answer yes.

So from that perspective, I don’t actually care whether Hell exists in another realm. It could, but nothing in my world would fall apart if it didn’t. What I do know is that hell exists on earth now - in Australia’s detention centres, in occupied Palestine, and for people trapped in situations of domestic violence.

Though I may have struggled to admit this, depravity was the lens through which I saw the world. I believed that humans at their very core were broken not bent. The only way to resolve this brokenness was to wrap it up with orthodoxy (right belief), and then fix other people’s brokenness through orthopraxy (right practice). I had to remind myself and others of our shared depravity, and that I had the magical cure to offer them.

It was a radical change for me to come to the understanding that at our very core, at our deepest level, we are the image of God. We have within us the Truth that we are seeking. It’s the Truth which other truths guide us towards. Rather than adding doctrine, theology and religious practices into our lives, we must strip back the lies, hurt and pain which stand in the way of us becoming at one with our very essence. Only then can we delve into and derive energy from the image of God inside us.

This has lead me to believe that good can exist where I was told God was not. There is the capacity within every living human to contribute to a wider vision of what could be. There is nothing I can do to remove the image of God and truth within me from myself or from another human.

It’s much easier to deconstruct than to reconstruct. For many of us, our lived experience propels us into deconstructing the systematic religion we once believed. A life without reconstructed religion or philosophy is appealing. It presents itself as freedom gives the illusion that happiness is attainable.

Perhaps more problematically, such a deconstructed understanding tends to hold up happiness as the central virtue. Yet it cannot derive meaning or purpose in suffering, and it doesn’t have the foresight to sacrifice for the ‘other’. The identity of the deconstructed self is entirely fluid, unreliable, and is unable to hold to principal through trials in order to better understand itself. The deconstructed self can only exist in the immediacy and no one should dare to predict where it may be tomorrow.

While at our very core we have only the capacity to love and to do good, surrounded by this is are our capacities to be selfish, to hate, and to destroy. I believe we can be active in engaging the deepest level of ourselves and others and in doing so bring about a kind of ‘heaven’ on earth and to some degree, within our own lived experience. This could have many facets, but for me includes:

Welcome to my blog. Here you will find essays, reflections, and updates on topics such as politics, philosophy, morality, justice, music. To check out my photo blog: www.dgc.exposure.co